Hetfield is "insecure" and needs hugs

this is fucking terrible. the almighty thrash god up there crying the fucking blues. i was gonna buy the metallica whisky thinking id drink it and feel bad ass like hetfield in 86 or something but now im afraid ill drink it and order a coloring book. 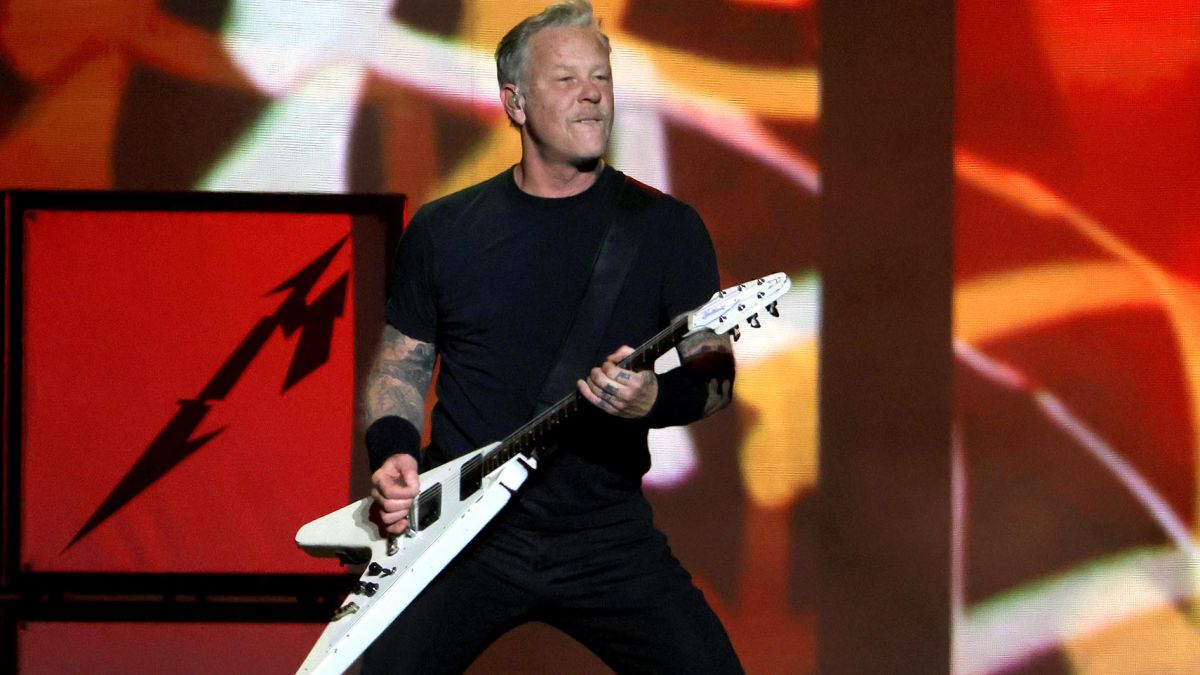 The Metallica guitarist told the Belo Horizonte crowd he felt like “an old guy”, and that he was worried he couldn't play guitar anymore before taking to the stage

Man it must be horrible to think you suck at guitar OH WAIT...I think that every day. Moving on.

I saw that the other day and thought to myself 1986 Hetfield would have kicked this dudes ass for turning him into a puss.
P

I tried to suffer through Some Kind of Monster on Netflix and it hit me the same way. I stopped watching that or I’d never be able to listen to them again.

Yeah, he needs to suck it up and keep his mouth shut like we all do every day. I don’t feel sorry in any way for this guy. He has no idea what the average Joe deals with every day. Agreed with the comment above about the Monster movie. Embarrassing. Jeezuz.

Everyone feels insecure at times....part of life. I saw this a week or so ago and thought similar thoughts...He is worth $300million, boo hoo. But, maybe(speculating), look home many crew members, band members, family, etc depend on him for a certain image, down picking monster, and it can be a lot of pressure in that aspect. But I wouldn't have carried it out to the stage...that's me personally.

Thought I heard a song on the radio by Justin Timberlake dedicated to James. Cry me a River I believe what it was called

It is true that he has a ton of money and famous, etc. but I'm glad he is open enough now to be honest about that stuff and just shows he is like all of us. I think he never dealt with things and shoved them down and now all coming out thru his pores.

Getting old sucks. I could write a book about it.

They got lucky and Lars dad was rich

When RTL came out most in US thought it was so different, though it wasnt they stole from every european metal band they could

Ok read the article, no doubt these fucks are Woke

psychodave said:
Getting old sucks. I could write a book about it.

Leave a couple open chapters for me Dave.

Everybody knows that Real Manly Men walk around flexed up like douches at the gym with Imaginary Lat Syndrome, barking like dogs to everybody who will listen about how big and bad they are, never admitting to being anything less than perfect, constantly feeling like they've got something to prove to the world and being afraid to be revealed for what they really are, always keeping that wall up, and otherwise never having actual human thoughts. Yep, that definitely sounds like a "real man" to me. Btw, women especially go for that type of guy too and definitely can't see right through it a mile away. Definitely.

You know what actual masculinity is? Freedom. It's the freedom of doing and saying whatever you want and realizing that whatever it is, it's fine and it's masculine because it's you doing it, and you yourself are masculine. The dude has the balls to admit his faults and worries to an open crowd of that many people because he's got nothing to prove to anybody and he knows he's top shit, whether or not their music sucks now (it does). But he's still fronting the biggest metal band of all time. I think it would be funny to see just about any one of you guys in this forum stand on stage in front of 60,000 people and say anything, much less something that personal.

Why are people so critical of celebrities showing their human side? He's gotta have a lot of pressures being the downpicking master, fronting the biggest metal band of all time and pushing 60 years old and all... I don't think he can play quite as fast as he used to and it probably bothers him. Nothing wrong with showing a little emotion.
M

PhilC said:
I tried to suffer through Some Kind of Monster on Netflix and it hit me the same way. I stopped watching that or I’d never be able to listen to them again.
Click to expand...

Haha It was so hard to watch. Waa waa waa..cry me a river. Really put the band in a bad light.