Got a trade offer on one. I already know how bad 2-12 Mesa’s are to move! Loved my Tremoverb, but it was a tank. I’ve read they do decent crunch sounds, but more vintage voiced? Are they like a Stiletto, meaning a hard sell? Thanks in advance!

My love of Andy Timmons makes me want to get one. They are essentially a Fender twin. He uses it as a pedal platform, so if you are thinking it's going to get the crushing Mesa tone, it has a lead tone stack, but the cleans were the main point of the amp. It was trying to capture some of the Nashville (country) market, thus the name being Texas, cowboy.

Here's a camera mic run through of his rig

I've always gone out of my way to plug into them in music stores since they came out. I’ve wanted one since the first time I tried it. Well, shortly after they were discontinued in 2020, I picked one up thinking it was basically then or never, and now that I’ve got one, it’s not going anywhere. Love that amp.

The Lonestar is my favorite amp for big bold clean tones, easily. It’s also just really nice to work with. There’s a ton of low end available, the bass knob always has enough juice in the tank, so it will never sound too thin. Channel 1’s Gain pot, through the majority of its sweep, is more of a compression knob than a “harmonics/hair” control like it would be on a high gain amp, and it really lets you dial in the feel. At its highest settings, you can start to hear a tiny bit of breakup, but that’s about it. It’s a pure clean channel through and through. The Mid knob takes the amp anywhere from blackface to tweed. Treble and Presence take the amp anywhere between dark jazzy stuff to hi-fi, almost EL84-ish chime. Along with being the best clean sound, the Lonestar’s clean channel might be the most versatile clean channel I’ve ever used. And it always sounds good.

Listen to Andy Timmons up there. His tone pretty much can’t be beaten imo.

As for Channel 2, it’s not like traditional Mesa high gain tone. It’s more like something between a cranked Bassman and a cranked Plexi, but a bit fatter. BTW I’m not using “fatter” as marketing-speak to mean outright better. I’m saying there is more of a push in the lows / low mids. Think American heavy pushed blues. Some people like that, some people don’t, I happen to think it’s great. Channel 2 sounds and feels really great to me but I think it’s widely misunderstood. If I had to guess I’d say it’s because people plug into it seeing the Mesa logo and expecting a Recto or Mark style lead channel, which this channel very much is not.

If you have any interest whatsoever in huge tube-y cleans, to pushed cleans, to light-to-medium vintage overdrive sounds, I don’t know of any amp for less than like $6k that will come anywhere close to the quality of tones and versatility of the Lonestar. And even then, I’m not convinced any of those amps are outright better, just different.
Last edited: May 19, 2022

Tried to give my money away to Boogie on two separate occasions for a LS. But each time I played it, I just couldn’t jive with the lead channel. Cleans are fantastic.
T

marvcus said:
Tried to give my money away to Boogie on two separate occasions for a LS. But each time I played it, I just couldn’t jive with the lead channel. Cleans are fantastic.
Click to expand...

This is what the majority of people who try the Lonestar but don’t connect with it say.

The biggest thing to realize here, and the thing that messes up most people about the lead channel, is that the EQ is pre-distortion. People go to channel 1 and crank the bass, and they get these gigantic, fat clean tones that sound incredible, then they go to the lead channel and crank the bass the same way, but because of the location of the tone stack and extra gain, they just get a mushy, woofy mess.

Dialing channel 2 like you would dial a Mark series lead channel will get you much closer to where you want to be. Treble knob (obviously) controls treble mix but because it's pre-distortion, it also functions as an additional gain control. Set Bass just high enough to be audible but not so much that it overpowers the highs in the gain stages, maybe a tiny bit more if you want some squish or a more spongy feel. It’s not going to sound like a Mark, but you can get some pretty articulate, cutting tones still on the vintage side of the spectrum out of the Lonestar if you approach it like that. To be perfectly honest, I think channel 2 could have benefited from a GEQ. I think it sounds great without one, but there’s no question it would have added to the amp’s versatility and allowed people to get closer to traditional Mesa tones if it was designed into the amp. But, you can always use an external EQ in the loop if you want.

Another tip is to keep the effects loop engaged all the time, whether you're using loop effects or not. The amp just sounds better that way. Andy Timmons keeps the loop on his amp engaged too for that reason, btw.
Last edited: May 19, 2022

I saw Keith Urban in 07 in a club with the Lonestar head and 2-2x12 cabs. The following week I picked up a Lonestar head and 2x12 cab. It hasn't left my line up since. For my ears it's a twin and bassman on steroids with great, fat clean tones. As far as the lead channel, it has that Elliot Easton vibe and can be boosted to taste.

This amp and the Electrodyne are super underrated . One or the other will sheets be clean tone of my rig

Also, saw Satch with Timmons jam at the Dallas Guitar show around 2004, when Satriani was still with Peavey and had his signature head.

Timmons was playing a green Lone Star combo and his tone was leaps and bounds better than Joe, who sounded too bright and brittle by comparison.

To my tastes, the lead channel is voiced a bit too dark—TheGreatGreen is spot on about if there was a GEQ. Although I never had the chance to try a head into different speakers.

It’s predecessor, the Maverick, is also a great amp. Cleans not quite as good as the LS but the lead channel is a bit more creamy and searing.

How is the gain channel for hard rock rhythm tones?
T

This video has some great examples of the Lonestar's more gainy sounds from channel 2 as well as channel 1 cleans:

I like my LS Head. I was surprised when I plugged in how fat, almost dark the amp is. I had expected it to be quite a bit brighter, more like my Mark clean channel. It has that Mesa HUGE bass for sure. Naturally being a fan of Timmons I dialed up his settings as a ref starting point and I found I needed to bring up the high end to get some more sparkle and clarity, for my ear. Clean channel is great fat pedal platform. I like the gain channel, but again it's quite a fat and smooth drive sound.

Daver101 let me borrow a 2x12 Lonestar like, 12 years ago. I had a big show, and to this day it was one of the best live tones I ever had. The cleans are so deep and I just used a Blues Driver to boost it and it absolutely kicked ass. It is top on my list to find and buy again if the opportunity arises. Oh yeah, also they are HEAVY.
B

japetus said:
Daver101 let me borrow a 2x12 Lonestar like, 12 years ago. I had a big show, and to this day it was one of the best live tones I ever had. The cleans are so deep and I just used a Blues Driver to boost it and it absolutely kicked ass. It is top on my list to find and buy again if the opportunity arises. Oh yeah, also they are HEAVY.
Click to expand...

What kind of music?

bikerdude2 said:
What kind of music?
Click to expand...

At the time we were doing this stuff 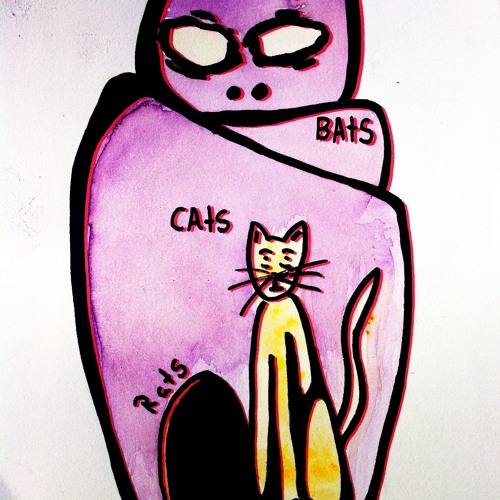 Stream The Second Step by Batscatsrats on desktop and mobile. Play over 265 million tracks for free on SoundCloud.

Yes but you gotta find your own way with
it or it’s a Bugera.
I liked it best combined with the Ace.
(The secret weapon of all weapons is that
sketchy looking thing on the top left of my
pedalboard)
Stick that right up Klone’s butt!

Dino 939 said:
Yes but you gotta find your own way with
it or it’s a Bugera.
I liked it best combined with the Ace.
(The secret weapon of all weapons is that
sketchy looking thing on the top left of my
pedalboard)
Stick that right up Klone’s butt!
Click to expand...

Lonestar can rock like a plexi on Ch 1. You just need to get the Channel Master up high, bass low, treble high, mid to taste. If you get one of the models with the 10 watt setting it would be pretty do-able. Very versatile amp if you’re willing to turn it up.
You must log in or register to reply here.
Share:
Facebook Twitter Reddit Pinterest Tumblr WhatsApp Email Share Link
Top