So a few weeks ago On a Friday night at our towns festival, I’m playing tennis on nearby courts. I hear this band start up……holy cow, these guys are rocking! The tone is fantastic. Lay it Down…..then the singer……I told my tennis partner..WTF!!!! That guy sounds just like Stephen Pearcy. And the band if freaking amazing. He says, I don’t know who Stephen Pearcy is, but tonight’s band is RATT. Tomorrow is LA Guns and Cinderella. Guys, they sounded phenomenal.

So, I remember Round and Round and seeing them on MTV back in the day. Giant hair, spandex, makeup…..not my thing, they were my age and I thought it was embarrassing. So now, 40some years later I’m into playing 80’s riffs. So I YouTube RATT and listen to them on Spotify.

Here is my conclusion……AMAZING freaking riffs!!!!!!! Amazing chord progressions!!!! Really great well put together songs. Just rocking!!!! Fantastic melodies and tone. However, Pearceys voice…..ugh. Kills the songs for me. The lyrics were so cheesy, like what I wrote on the back of my notebooks in jr high. But…….I am loving learning to play all these cool songs. I love them. Band has been through a lot, and still……..they were spot on.

Have you been drinking?

In 85', Ratt was my favorite band. I even painted a toy guitar to look like Warren's. Ratt has to be put into perspective of what was big at the time. It was meant to be raunchy, about the party, etc. Great riffs!!!

Ha, I have been listening to them constantly on Spotify for the past 2 weeks. Man, in the 80’s I was just married, starting a family, climbing the corporate ladder, wearing suits every day, focused on my career and didn’t even have a guitar. A few decades flew by me….shit!

RaceU4her said:
pretty sure i got my first boner at the end of the way cool jr video when that chick is walking away
Click to expand...

I just watched that video last week for the first time!

RaceU4her said:
pretty sure i got my first boner at the end of the way cool jr video when that chick is walking away
Click to expand...

Who was the amazing blond in the bathroom??????
M

guitarplayer said:
Ha, I have been listening to them constantly on Spotify for the past 2 weeks. Man, in the 80’s I was just married, starting a family, climbing the corporate ladder, wearing suits every day, focused on my career and didn’t even have a guitar. A few decades flew by me….shit!
Click to expand...

I started playing with my penis in the early 80s.

Did anyone at least flip the racket around to play some tennis racket air guitar?

Gitfiddler said:
Did anyone at least flip the racket around to play some tennis racket air guitar?
Click to expand... 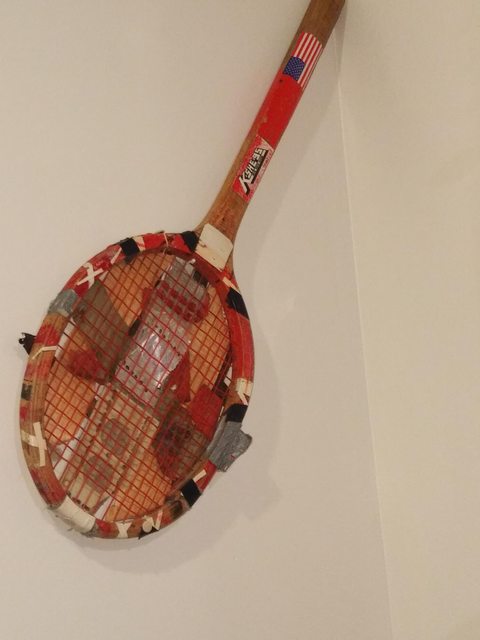 I've just got on the Ratt wagon myself lately
A

I love ratt! Fucking warren was and is that band.. the song “your in love” always kicks fucking ass. I love playing it…. Most folks look and say WTF. ? Is that a song? About 5-6 metal heads always come and say……FUCKing ratt is awwwwesome! Just like that as I live in the south and when people drink, the words get longer.

Ratt was my favorite band in 85. I loved the EP, Under the Cellar, and Invasion.

Dancing Undercover lost me a bit, and I moved on to Dokken. (this was an era, where you had ONE favorite band)

Pearcy is at once a putz, and a genius. Mostly putz. But listen to 'nobody rides for free'

DeMartini is a beast. Great stories too. Like the 1983 VH concert where he snuck onstage to grab his lost jacket

I think we have a RATT problem

Love some Ratt. I love that they never followed the same model as everyone else when releasing an album: first release an up tempo rocking song, then a power ballad. Ratt never did the power ballad thing.
N

Yeah, Ratt was the most important to me at the time than the other LA bands. On the first two albums they had way better songs than anyone else (Crüe, Dokken etc). The song writing fell off the rails after Body Talk which is their last real good song for me. Just hard driving melodic metal with that early 80’s hunger.
The Morning After is still my favourite for some reason, just takes me back in time.