What gear did you get for Christmas ?

That was my first brand new guitar purchase 40 years ago at age 16.

Not really gear - but I did get a matching chair 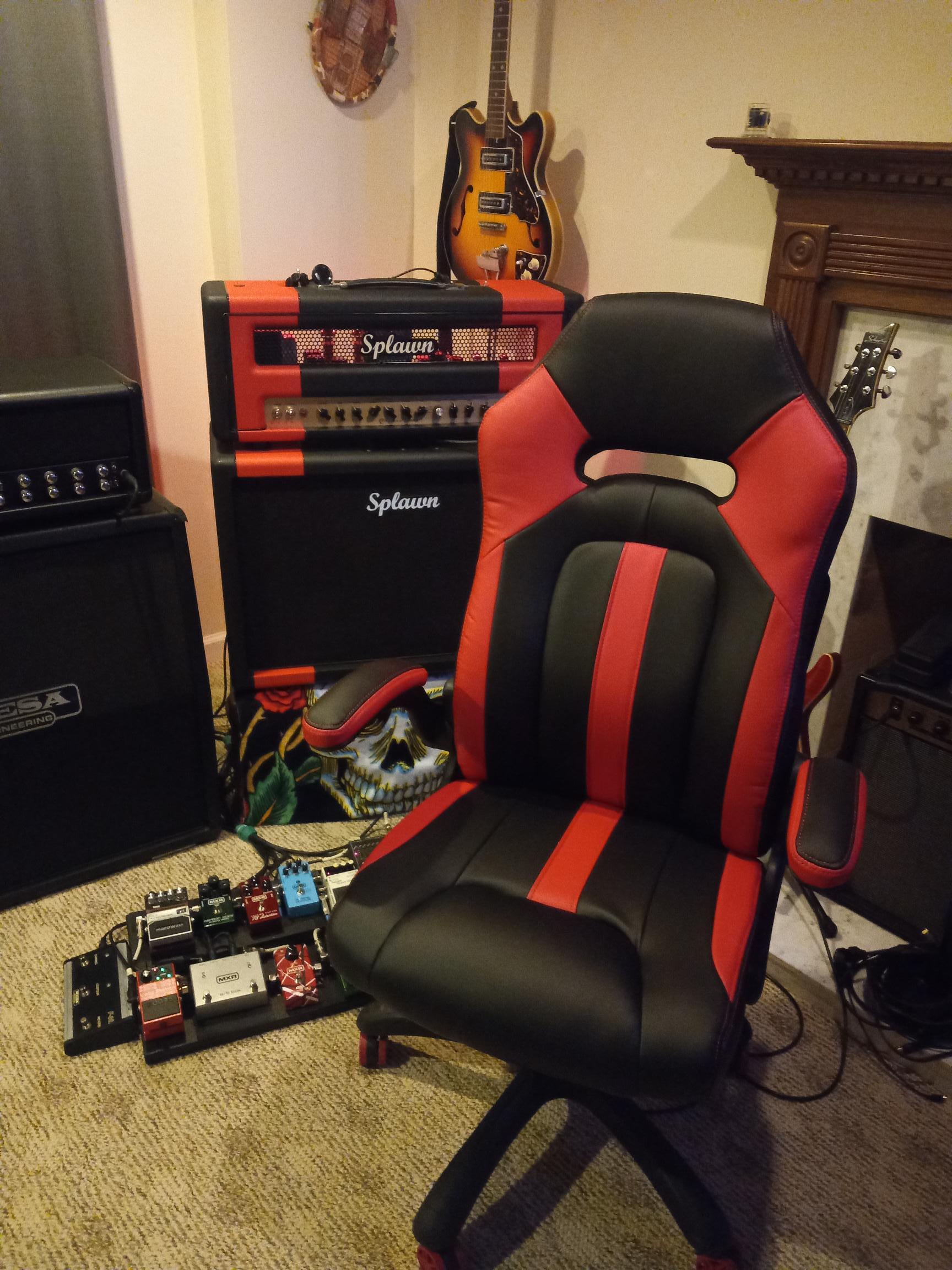 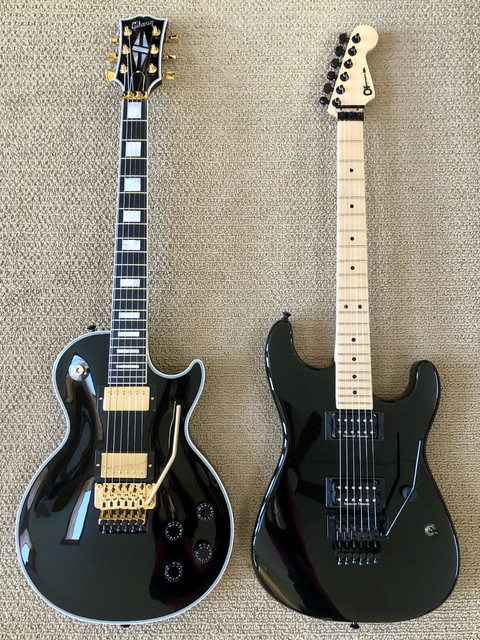 ^ you got both of those for Christmas Splawner? Wow man. Pure sex right there.

What kind of SD bridge do you have in the Charvel and did it ship that way?
S

311splawndude said:
^ you got both of those for Christmas Splawner? Wow man. Pure sex right there.

What kind of SD bridge do you have in the Charvel and did it ship that way?
Click to expand...

The Charvel is a 2008 basically brand new…It is all stock….It’s a JB in the bridge

The one on the right 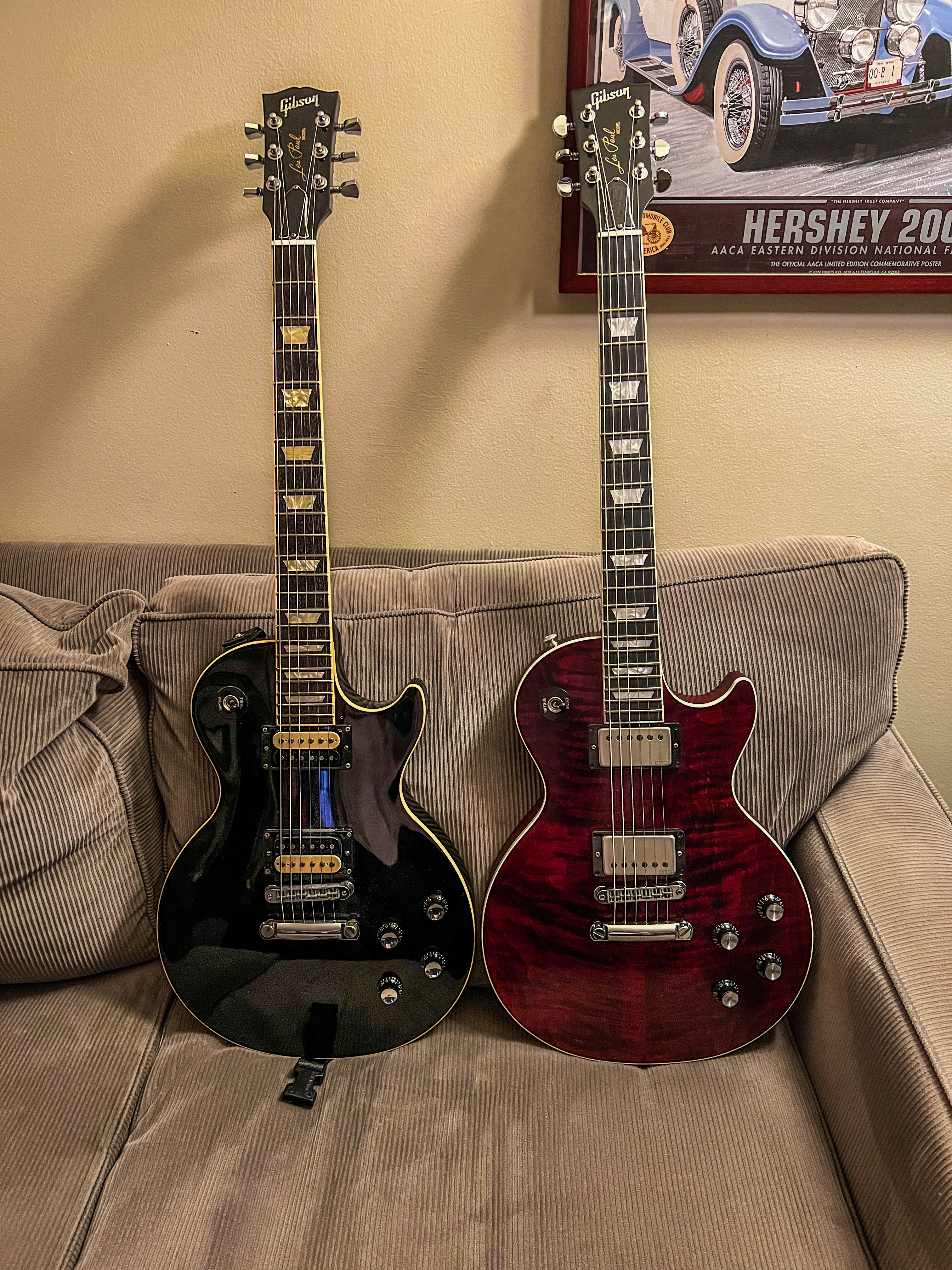 There are some super nice gets in this thread.

I got a Friedman JJ Jr, ipad pro m1 and ended up returning some things so am on the prowl for something else. Probably a digital setup as much as I don't love it. Lots of like but I still just enjoy playing in the room with amps and cabs more-so.

Super nice and Curt did a great job on this one. I am digging the Dimarzio Tone Zone. Never had one before but sounds great to my ear. I gigged it Sat night and it sounded great through the Morris 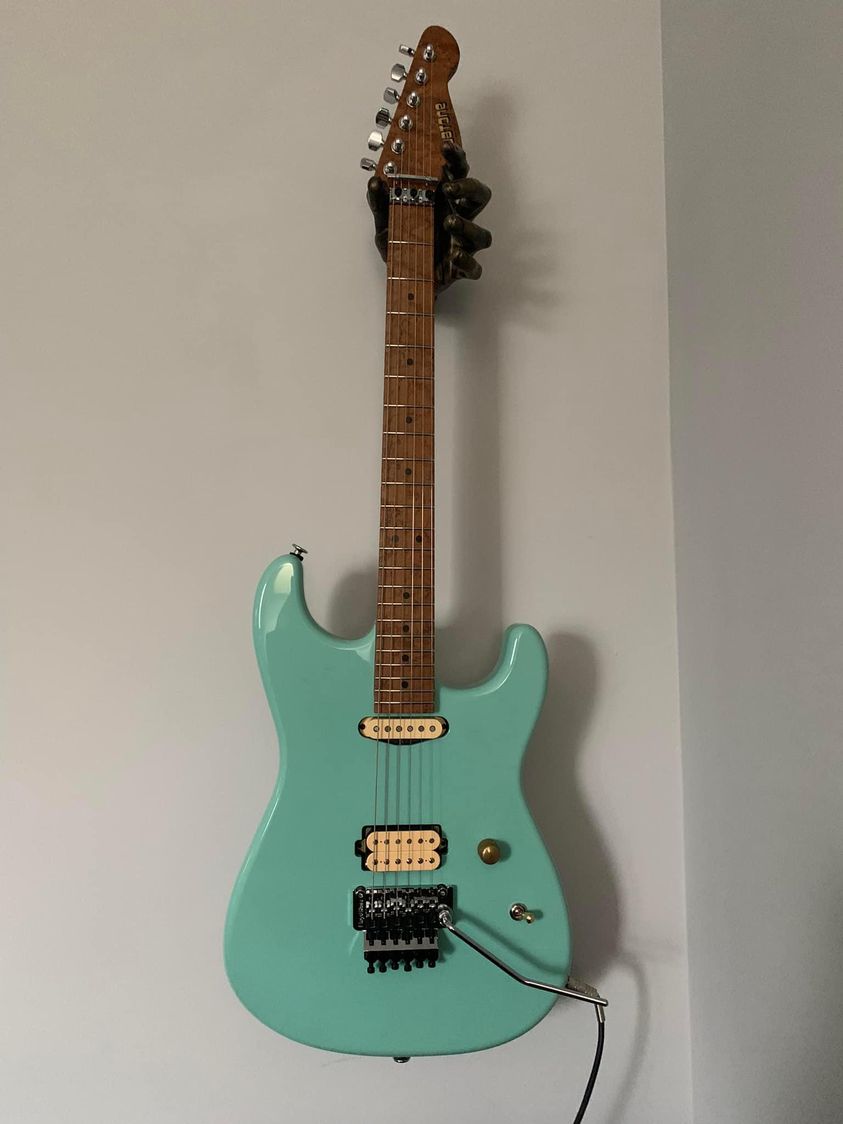 Dino 939 said:
For me, a Seymour Duncan Quarter Pound'er
Strat bridge pickup $59.+tax.
Since my son proved to himself that
he could create & carry a beat,
this experienced paralyzed me in joy,
hit me so hard as his father man,
like I had to sit down and give myself enough time to feel the magic of being his dad
(while I'm still sorta cool)...
Me & his Mother once again experienced that 'golden years as a parent gratification'
like when he learned to ride a bicycle..and f'n jump that bitch!

I got him the Roland KVX electronic drumset,
throne, sticks & headphones.
He had no idea it was coming either.

Dude…
Too many memories to type.
But I’ll add a rad moment.
Once he could carry a sorta 4/4 on the drums,
I began playing guitar with him on drums.
So I thought back when I felt that feeling of locking in the pocket with the drummer… so I just applied palm mutes with stops/stabs to lock in with him around his syncopations.
So he could hear the thwack’ on the snare in between chords & riffage’.
He lit up from ear to ear, I just kept right on it.
I also taught him “the push”, (applying the kick drum and crash at the same time).
So I was fervently strutting around the musichouse and would pull the stop and point
at him and he would immediately hit the kick & crash. So f’n rad man.
We could see each other’s short hairs standing up!
I actually felt like David Lee Roth for a moment.
The legendary call & response, etc
The Battle of Evermore is “delegating”
his computer time versus his music time.
And that is my job, to guide him through his efforts.
Last edited: Jan 17, 2022

Our “Christmas” consisted of

I got mine as a belated Christmas gift from Sweetwater as a demo. I always wanted this model when it came out. They were all sold out and recently I got lucky when a demo popped up. I uploaded a photo from the photos Sweetwater sent me. I’ll have to take personal pics later. Overall the guitar sounds awesome through my Bogner Shiva 6l6 head and Bogner OS 2x12! My first Prestige and Bareknuckle Pickups.