Holdsworth's music is not something I listen to but his playing is otherworldy. Tom Bukovac said Holdsworth "plays guitar like he's never seen anybody play guitar before". This video kind of illustrates that. A whole nuther level imo.

Allan Holdsworth, Shawn Lane were 2 players who always went way over my head in terms of what they were doing but I was always in such amazement when I would watch them play. Incredible and from another world really.
K

I remember watching this a few years ago. Good approach to really nerding out and learning the instrument, wish he would've elaborated on the naming system so it was easier to figure it out.

Shawn Lane was an idiot savant in many ways but at least he was human.
Holdsworth wasn't even born on earth.

To get a little bit of insight into Holdsworth lines you have to listen to the great jazz horn players like
Charlie Parker and Coltrane - listen to enough of their solos and it's sound at times like they are
doing Holdsworth like runs (when of course it's the opposite).

Plus, the guy's hands! Saw him twice from up real close back in Boston and it was simply jaw
dropping. You could be deaf and just by watching him you'd know he's playing shit like no-one else. 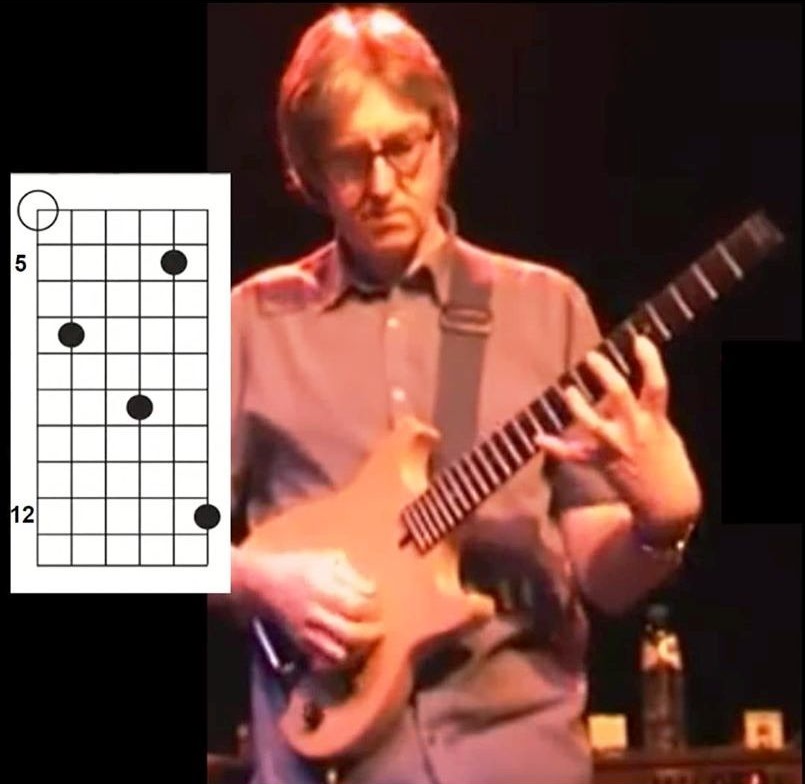 Crazy thing is you can maybe get your fingers to do this chord with some effort but he could go from this to an open E and then
back to this at full tempo without breaking a sweat. Insane.

SpiderWars said:
Holdsworth's music is not something I listen to but his playing is otherworldy. Tom Bukovac said Holdsworth "plays guitar like he's never seen anybody play guitar before". This video kind of illustrates that. A whole nuther level imo.

I respect his ability, but man too much over thinking it... comparing this guy to like Marty Friedman are such a contrast in approaches to the instrument. I find this approach, at least in this video, kind of overkill but I get where he comes from. Diff strokes for diff folks.
You must log in or register to reply here.
Share:
Facebook Twitter Reddit Pinterest Tumblr WhatsApp Email Share Link
Top