Hey guys,
these days I've got most of my bases covered with my amps Monomyth for hot rodded Marshall tones, 6505 for 5150 tones, Mark IV for a Mark series and my Ares cause I love KSR stuff. I have a ceriatone 2204 on order I'm going to keep stock to use with pedals like a rat, sd-1, fuzzes etc.

One of my buddies tells me I need to get a dual rec. My question is how are the single rectifiers? I tend to prefer 50 watts and I dont usually look for 3 channel amps. I have a buddy that has a single rec and seems to dig it and he sounds great on it but if Im being honest he could plug into an old gorilla amp with a busted speaker and sound amazing.

So Ive completely ruled out a triple rec and he badlander. The Badlander is a pretty cool amp but not what I'm looking for and the triple is ruled out on the amount of tubes it uses not to mention I would never need 150 watts.

So what do you guys think? Would a single rec be that much of a downgrade from the Dual Rec?
M

Get a triple and stop being a pussy

If I remember correctly the single channels aren’t the same and dual and triple. They are a sort of mix between red and orange.

I had an early single rec once....killer amp and loud as fuck. It has "the" rec sound. And I've had a ton of mesa's through the years....sold it to caseycor on here for 4 or 500 bucks. whatever I had in it at the time.
N

Mikeyboyeee said:
Get a triple and stop being a pussy

I had one, it was great. Sold it though because it's not as open/raw as I prefer. Now I have a simpler modded '59 Bassman type no-NFB amp for that sound.

I have a Singe Rec and it suits me fine. Def your traditional Rectifier tones. I got one mainly because:

1. I figured I mainly wanted the ss rectifier anyway tone wise
2. Less tubes
3. Cheaper, I got my head from $500. Series II but broken reverb.

Yes, channels work a little differently and may not have the full flexibility of the Duals/Triples but you still get two channels: 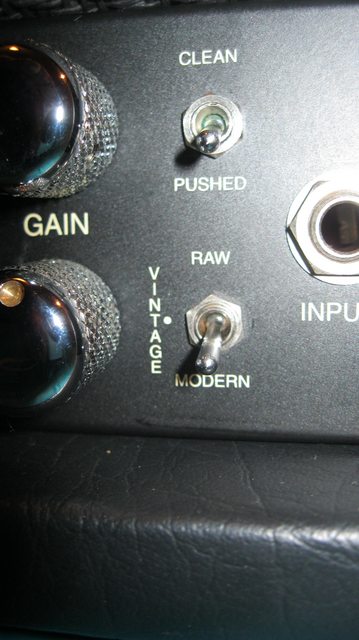 Dual Rec still my favorite rectifier. You put a boost and it’s THAT tone . But I love triples too .

I've never plugged into a single recto. I had no idea that they were different. The mix of orange and red sounds interesting... I might have to find one.

I regret selling mine
C

I had one and it was way more versatile than I thought. I ended up selling it to fund another purchase that I couldnt pass up but it was a kickass amp on all front. Get a rev2 so u dont have issues with the footswitch.

Dual rectifiers are absolute classics in my book. But my teenage years were through the late 90’s and early 2000’s when it’s what all the big bands were using. So in the same way that previous generations loved Plexi’s and hot rodded 800’s, Dual Rec’s were the amp of my childhood.

I’d say go for the 100W Dual Rectifier, you already have a 6505 and Mark. They’re not THAT loud in their sweet spot IMO, but having the headroom for their trademark low end is a core part of the sound.

Ultimately, I think if the bands and tones you like use a Rectifier then you should go for the closest to what they used (rather than a single or lower wattage version). Just depends what n what you want from it.
Last edited: May 2, 2022

IMO the 50w Rectifiers run out of headroom pretty quickly. That's why I always preferred the Dual Recs. The sound is very similar especially with a boost.
M

Can't go wrong with a Mesa

My first Rec was a Single. When I got Duals and Triples the Single immediately got booted. Way less balls & no tube rectification. If you really want 50W, buy A MultiWatt dual & run it in 50W mode. The MW is very good. Or, get any 2 channel, pull 1 pair of power tubes & 1 rectifier tube, put the 8 ohm load in the 4 ohm jack & you've got 50W with way better tone than the Single Rec.

I agree that Tremoverbs are the best of the lot from Rev G on.
C

Mikeyboyeee said:
Get a triple and stop being a pussy

I think I'm going to grab a Dual. It seems every time I settle for something I end up regretting it.
A

I’ve got a dual rec if you are interested. I am more interested in the 70s and 80s rock tone; so it sits in the corner along with a few other amps.