Wall of Sound and Native in Cubase Questions

I need Line6 Native users and Two Notes users for this one. This might be a bit advanced or even not doable but I am trying it. I also use a Helix Stomp. I run a Scarlett and have Focusrite Control software for it.

I have been a fan of IR load boxes for my tube amps. I use a Two Notes box. Anyway, I have a lot of cabs I bought from Two Notes (proprietary files) and want to use them with a Helix amp profile through Cubase. So no more real amps for now. 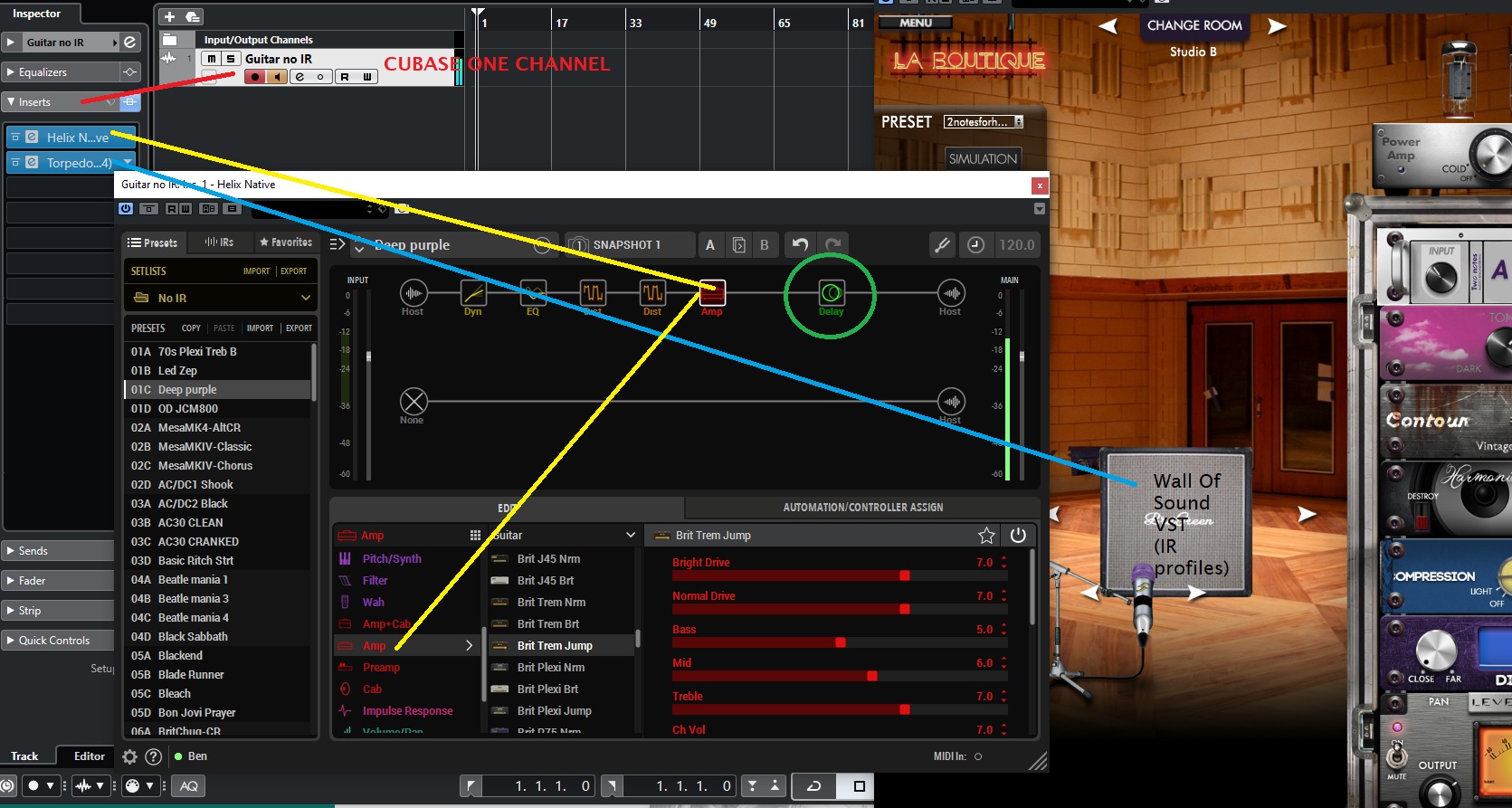 I use inserts for VSTs for a single channel in Cubase. The red line in the attached diagram indicates it. I use two VSTs in blue under it. Helix Native first and then Torpedo Wall of Sound plugin from Two Notes.

In Native, my Setlists have a NO IR directory which means no cabs only heads in the presets list I am editing. The yellow lines in the attached diagram show this amp head-only selection in Native.

So that leaves Wall of Sound VST next which is where I have a good profile collection. I believe with both activated in the inserts in that order that WOS behaves as IR system?

This is where I have two small problems. The first has to do with an FX loop. I’d like to be able to use FX from Native. So I put a green circle around a Delay. I think this delay when on would be an unintended pre-delay pathway before the signal hits the IR loader in WOS. Is there a way I can set it one up properly?

If I spend some time working on a nice WOS setting can I make it into an IR and then load it up as an IR in my Stomp using Helix Edit uploading?
F

I have no experience with Native, but let me try. I'd you have this set up the way you currently have it, you are running a delay between your power amp and speaker. That seems off, but probably sounds fine. You could disable the power amp in the Native and use the poweramp in WoS too.

If you want to have the delay in the loop (between preamp and power amp), you should be able to do that in Native without routing things in Cubase.